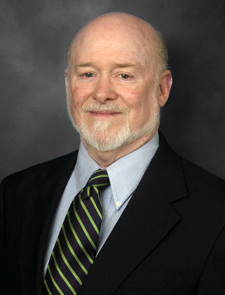 The William M. Healey Award was established to provide financial assistance to two (2) undergraduate students who demonstrate a commitment to the programs managed by Recreation and Wellness. The overall winner of the award will receive a $2,000 scholarship and the runner-up will receive a $500 scholarship, both to be used during the spring semester.

Applicants for these awards should be easily identified as people who are dedicated to the mission, vision and values of the Recreation and Wellness department and who demonstrate leadership, sportsmanship, integrity, credibility and loyalty to encourage wellness in others.

In order to be considered for the award, applicants must:

The winners will be selected by the selection committee, consisting of alumni members from UWF Recreation and Wellness department.

To schedule a free headshot visit Handshake to schedule a standard appointment for a headshot with UWF Career Services. If you have any issues, give them a call at 850-474-2254.

The William M. Healey Award application will be open until November 7th at 5 p.m.

In 2002 a group of Recreation alums established the William M. Healey Scholarship in honor of Bill Healey's 30 year anniversary of working at the University of West Florida. Having worked at UWF since 1972, he has been at the forefront of the construction – both physical and emotional – of one of the more impressive Recreation departments in the country.

He has served as Interim Athletic Director four times – 1980, 1983, 2008 and 2009 – and provided stability to the department at various times of uneasiness. Healey was responsible for heading up the establishment of the UWF East Sports Complex for baseball, soccer, softball and track when athletics were reinstated at the University in 1980. He obtained funding from Florida Legislature and chaired the creation of the $15.8 million HLS Facility on campus in 2005.

He earned his Bachelor’s degree in physical education and health from Central Missouri State in 1970 and his master's in recreation and park administration from Illinois in 1972. Healey has two daughters, Mary, who graduated from UWF and is currently working in the recreation department at Old Dominion University, and Rachel is working with a local Engineering firm.

“UWF has given me a wonderful career. Although many have pointed to the facility development aspect of my job, I am most proud of our student and staff development. We have so many who have started as student assistants, interns or entry level jobs, that are now running programs on campuses around the country. That reflects well for UWF and I am pleased to have had a hand in that. I believe the most rewarding part of leadership is empowering others to lead.”

Open every day, from dawn to midnight. Outdoor facilities include:

ARGO PULSE is your guide to student organizations at UWF