Martha D. Saunders, President of the University of West Florida 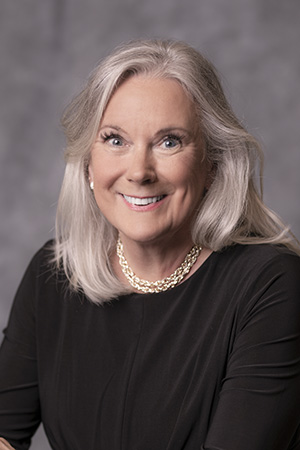 Martha Dunagin Saunders is the sixth president of the University of West Florida.

In her 30-plus years in higher education, Dr. Saunders has served in academic and leadership roles at universities in Florida, Georgia, Wisconsin and Mississippi. Her area of academic expertise is in public relations and crisis communication for which she has won numerous awards, including two coveted Silver Anvils from the Public Relations Society of America.

Under her leadership, the University of West Florida has transformed into a first-choice institution.

She led UWF to its status as a top-performing public university in the Florida Board of Governors performance-based funding metrics for three consecutive years. The University also ranked among the top 15 public regional institutions in the South in the 2020 and 2021 U.S. News & World Report Best Colleges and was named a “Great College to Work For” by ModernThink and featured in The Chronicle of Higher Education.

She established the state’s first doctoral program in intelligent systems and robotics in partnership with the Florida Institute of Human Machine Cognition. She also oversaw the development of Florida’s first bachelor’s in cybersecurity degree program designated as a National Center of Academic Excellence in Cybersecurity by the National Security Agency and U.S. Department of Homeland Security.

As provost and executive vice president for UWF, Dr. Saunders established the Division of Student Affairs and Academic Engagement and the Center for Cybersecurity. Equity and diversity initiatives launched under her guidance propelled the institution to receive the Higher Education Excellence in Diversity Award from INSIGHT Into Diversity magazine six times. She also led the reorganization of the institution’s colleges and guided the establishment of two new named colleges—the Usha Kundu, MD College of Health and the Hal Marcus College of Science and Engineering.

Dr. Saunders’ vision is for UWF to grow beyond its beginnings as a regional comprehensive university and receive recognition as a leader in innovation and cutting-edge academic programs.

When Dr. Saunders is not attending to University needs, she and her husband, Joe Bailey, can be found walking, shelling, gardening, kayaking or fishing on her beloved Pensacola Beach.

Featured Links
Office of the President