On April 21, 2017, we celebrated the inauguration of our sixth president, Dr. Martha Dunagin Saunders. 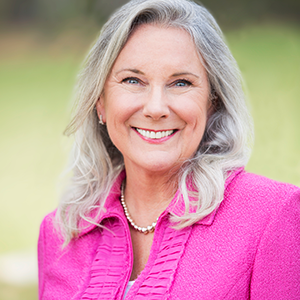 My fellow Argonauts, UWF has been on a journey for 50 years now. Just like the Argonauts of old, we’ve had challenges thrown our way, but we overcame them by working together. It’s time now to take our trusty ship and chart the course for the next 50 years. —Dr. Martha Saunders

In keeping with the theme for UWF’s 50th Anniversary celebration, Dr. Saunders’ vision for the University is one of Sea Change—a promise of transformation and growth. With a focus on preserving the best of the past and planning for an even better future, she is maintaining the University’s commitment to providing the highest quality education while making enhancements on campus, in the community and beyond to gain recognition as the forward-thinking, innovative side of Florida.

Fifty years ago was just the beginning. Here's to the next 50 years of creation, innovation, and transformation.

Academic Regalia
The custom of wearing academic regalia dates back to the 12th century when the caps and gowns marked the formal admission to the body of Masters. The gowns served a practical purpose of protecting teachers from the cold buildings of the time. Many of these early teachers were monks, so the hoods resembled a monk’s cowl that attached to the gown and could be pulled over the head. Later versions had a detached hood.

The European tradition of academic regalia traveled to the United States. In 1895, the United States adopted a specific code for academic apparel that has had slight modifications since its adoption. Until the Civil War, students at most American universities wore caps and gowns daily while in residence. Today the academic regalia is reserved for special occasions such as inauguration and commencement ceremonies.

The Gown
The gown is made from a black material with varying degrees of fullness. The sleeves indicate a person’s academic credentials. Those with a bachelor’s degree have long, pointed sleeves and the gown is worn with a closed front. A person with a master’s degree wears the gown open with distinctive full length square sleeves that are crescent shaped at the bottom. The doctoral gowns are worn closed and have velvet panels on the front with full, round open sleeves with three bars.

The Cap
Academic caps vary by institution. Some use black mortarboards with black or colored tassels that relate to the conferred degree. Gold tassels are frequently worn for doctoral degrees. Some institutions have adopted a tam instead of the traditional mortarboard.

University Mace
The mace symbolizes the University’s governing authority and signifies that the proceedings have official sanction. The use of a mace dates back to medieval times in England when a mace was held by bodyguards for dignitaries at ceremonial functions. The U.S. House of Representatives uses a mace to indicate when the House is in session. The University Marshall carries the mace during academic processions. The University of West Florida’s ebony mace was a gift to the University in 1969 by a private donor. The head of the mace features an encrusted seal of the University and the State University System.

Inauguration Procession
The time-honored academic tradition of an inauguration procession took place prior to the ceremony. Participants included representatives from Learned Societies, Faculty, Delegates and members of the Platform Party.

Inauguration Ceremony
The installation ceremony was held in the Main Stage Theatre at the Center for Fine and Performing Arts beginning at 2 p.m.

Inauguration Reception
A reception open to all was held immediately following the ceremony on the grounds of the Center for Fine and Performing Arts.

The University of West Florida celebrated the inauguration of its sixth president, Dr. Martha Dunagin Saunders, with events on April 18-21, 2017.