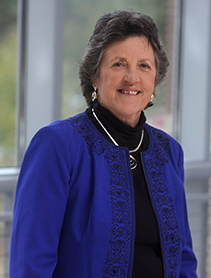 Dr. Judith Bense became the fifth president of the University of West Florida on July 1, 2008, after serving at the University for 28 years. President Bense focused on growth, visibility, enhancing the student “collegiate” experience, and partnerships with the goal of making UWF a first-choice university. She built a solid network of community partners, identified regional workforce needs, increased enrollment, and strengthened academic programs so that students are prepared for future leadership. Bense founded the UWF Division of Anthropology and Archaeology in 1980, becoming the first academic chair in 2001. She also established the Archaeology Institute in 1980 and served as its director for 20 years. She authored five books and 17 chapters in books and professional journals. She was awarded more than 75 grants and contracts totaling in excess of $6 million.

Bense had a strong commitment to the community and served on the Greater Pensacola Chamber Board of Directors, Florida’s Council of 100, the President’s Coalition of Northwest Florida and the Downtown Rotary of Pensacola. She was an active member of higher education organizations, including the American Council on Education; the Association of Governing Boards; the Florida Association of Colleges and Universities; Gulf South Conference; and served in leadership roles with the American Association of State Colleges and Universities and the National Collegiate Athletic Association. 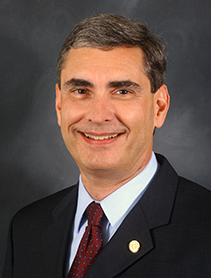 Dr. John C. Cavanaugh became UWF’s fourth president and the first named by the Board of Trustees on July 15, 2002. During his six years at UWF, the Board of Trustees adopted a new campus master plan, the Florida Legislature approved UWF’s four-year nursing program, the University launched a degree in hospitality, recreation and resort management, graduate classes in historic preservation began in Historic Pensacola Village, and the UWF baseball field, renamed Pelican Park, became host to the professional team, Pensacola Pelicans. Additionally, in 2004, Argo Hall student residence and the International Center opened, the campus went wireless, online teaching resources were consolidated under the Academic Technology Center and new degrees in public history and environmental science were launched.

Also under Cavanaugh’s leadership, UWF survived Hurricane Ivan in 2004 and Hurricane Dennis in 2005 and became a national model for disaster planning and preparedness.

Other accomplishments during Cavanaugh’s presidency included UWF being named host of the Florida Public Archaeology Network; the opening of the Health, Leisure and Sports Facility; university locations in Okaloosa and Walton Counties were renamed the UWF Emerald Coast; the UWF music department was named an All-Steinway School; and UWF celebrated its 40th anniversary. 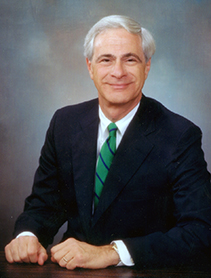 Also notable, in 1997, the University conferred its first doctoral degrees in education, purchased additional land bringing the size of the Pensacola campus to 1,600-acres, and the Archaeology Institute raised the anchor from the Tristan de Luna ship in Pensacola Bay. In 2000 and 2001, respectively, students from neighboring Alabama counties became eligible for in-state tuition rates and West Florida Historic Preservation Inc., with its 22 historic properties in downtown Pensacola, became a direct support organization of UWF. 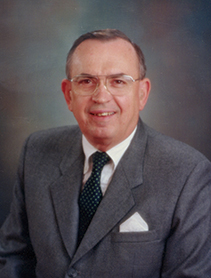 Dr. James Arthur Robinson, the second UWF president, took the helm in December 1974. During his 14 years as president, the university experienced several significant milestones, including the establishment of the campus art gallery, Edward Ball Nature Trail, Small Business Development Center, aquatic center, WUWF-FM, Argonaut baseball and softball teams, 400-meter track and computer center. Under Robinson’s leadership, the university’s colleges were restructured to traditional arts and sciences, business and education in 1979; UWF switched to the semester system in 1981; and the first freshman class was admitted in 1983. 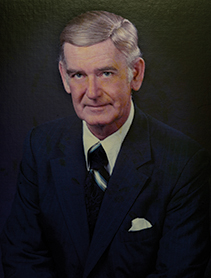 Dr. Harold Bryan Crosby was selected as the first UWF president and assumed office in July 1964. In his first year, Escambia County purchased 13 parcels of land for $1.2 million to form the 1,000-acre campus, ground was broken for the first UWF buildings, the University adopted the Nautilus shell as its official emblem, the UWF Foundation was chartered, and the first classes were offered in the name of the University. Other accomplishments during Crosby’s tenure included selection of the Argonaut as the UWF mascot; the university library being named for John C. Pace; university undergraduate programs being accredited by SACS; establishment of the UWF Fort Walton Beach Center; and the first distinguished teaching awards being presented.

Featured Links
Office of the President