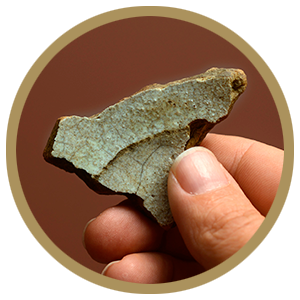 UWF archaeologists recovered numerous sherds of broken 16th century Spanish ceramics found undisturbed beneath the ground surface. The artifacts were linked to the Spanish expedition led by Luna, who brought 1,500 soldiers, colonists, slaves and Aztec Indians in 11 ships from Veracruz, Mexico, to Pensacola to begin the Spanish colonization of the northern Gulf Coast in 1559. The Luna settlement inhabited Pensacola from 1559 to 1561, which predates the Spanish settlement in St. Augustine, Florida, by six years, and the English settlement in Jamestown, Virginia, by 48 years.

For more information on the first several years of research at the Luna Settlement site please see the 2020 article in Historical Archaeology.

The UWF archaeology program includes a select group of 13 full-time professional archaeologists, nine support staff and numerous graduate students. The program has a rich history of significant instruction, research and public outreach in the Pensacola region.

European Colonization in the United States

Abbreviated Chronology of European Colonization in the Southeastern U.S.

1559-1561: The Tristán de Luna y Arellano expedition establishes a colonial settlement at Pensacola Bay, originally in an effort to push inland to Coosa and finally to Santa Elena on the South Carolina Coast. The destruction of the fleet by a hurricane dooms the expedition, which finally withdraws two years later.

Founded in 1963, the University of West Florida is a vibrant, distinctive institute of higher learning with undergraduate, graduate and targeted research programs.

About UWF Anthropology and Archaeology

The Division of Anthropology and Archaeology includes the disciplines of anthropology, archaeology, and sociology. The Division consists of four integrated units: