The Department of Chemistry courses at UWF are typically small, allowing our instructors to pay attention to individual students. Nevertheless, our laboratories are inordinately well-equipped with modern instrumentation. 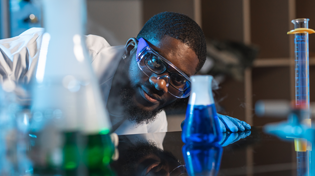 The Department of Chemistry courses at UWF are typically small, allowing our instructors to pay attention to individual students. Nevertheless, our laboratories are inordinately well-equipped with modern instrumentation. We pride ourselves on giving students hands-on training with state-of-the-art instrumentation, so our graduates are extremely well-prepared for the job market and professional or graduate school. 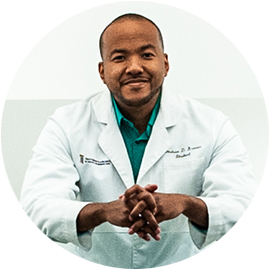 Just how does one go from learning how to install 70+ cable channels to conducting research to control HIV? For Joshua Brown, it was a big change, made easy. His professors and others from UWF made it so. They never told him that he couldn’t do it. They all told him what he needed to do to make it happen. And they encouraged and prodded him all along the way—instilling a new sense of purpose.

Huggins made significant contributions to the University of West Florida, first as a student, then as a faculty member, as Chair of the Chemistry Department, as Dean of the College of Arts and Sciences, and then as the Inaugural Dean of the Hal Marcus College of Science and Engineering. In each of these roles, Dean Huggins provided thoughtful leadership, bringing about a higher level of achievement and commitment from those he served.

Established in 2011, the Chemistry Scholars (Chem Scholars) program focus on high achieving students in chemistry with an emphasis on underrepresented (UR) students.

In 2016, UWF received an S-STEM grant from the National Science Foundation for $649,888 to support 28 academically talented, financially disadvantaged students. A component of this program will pilot a four-year, eight semester STEM for Life Seminar Series for 28 S-STEM Scholars and 32 HMCSE Scholars. In that same year, UWF received funding from the National Science Foundation to create a Geo Scholars program supporting 5 students/year in research