Creating one-of-a-kind approaches to teaching and learning, while integrating humanities and sciences to solve community problems and inspire relevant research.

Imagine a place where scientists, engineers and artists could put their heads and hands together, instead of working independently within their disciplines. With an emphasis on STEAM integration, the Reubin O’D. Askew Institute for Multidisciplinary Studies is that place. When art and design meet science and technology, we discover new ways of seeing the world and solving problems.

By taking a collaborative approach, the University of West Florida will increase the visibility of science, technology, engineering, arts and math initiatives to coordinate partnerships and research opportunities throughout the region. The Institute will create a hub for students and faculty to work on innovative community projects, better preparing graduates for today’s ever-changing workforce.

The Reubin O’D. Askew Institute for Multidisciplinary Studies is a place for possibility, where experts come together across disciplines to solve real-world problems and inspire important research.

Science, Technology, Engineering and Math are the keys to our future. Adding Art to traditional STEM disciplines helps students develop critical thinking skills, enabling them to work collaboratively to innovate and solve problems in any career. STEAM teaches a framework of how to learn, ask questions, experiment and create. 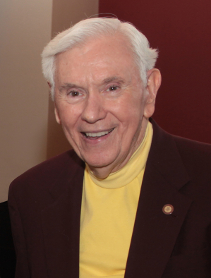 Reubin O’D. Askew was an American politician who served as the 37th governor of the state of Florida from 1971 to 1979. In 1974, he became the first governor in Florida history to be elected to a second consecutive four-year term. During his two terms as governor, Askew was primarily involved in tax reform, especially in the increase of homestead exemption and passage of the “Sunshine Amendment,” which called for full financial disclosure by public officials and candidates. In 1955, Askew and David Levin founded the law firm of Levin & Askew. In 1961, David Levin's younger brother Fred joined the firm. 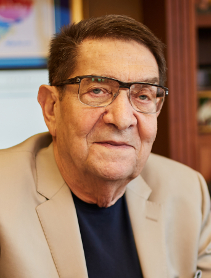 In 2017, Pensacola attorney and community advocate Fred Levin invested $550,000 to establish the Reubin O’D. Askew Institute for Multidisciplinary Studies at the University of West Florida, in honor of his late partner. Levin’s tremendous professional success has enabled him to donate generously in support of higher education. He has been a steadfast friend and supporter of UWF. More than 20 years ago, he established an endowed professorship at UWF in memory of his father, Abe Levin.